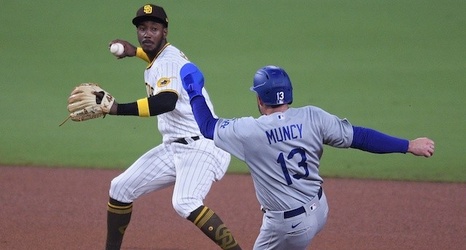 The Los Angeles Dodgers began a seven-game road trip Monday that figures to have significant implications within the National League West. Particularly the series with the San Diego Padres, though four games with the Colorado Rockies are to follow.

“Any time you can play meaningful baseball in the regular season, that’s a good thing. Look back the last four years, we haven’t really had to go down to the wire to win the division,” Dodgers manager Dave Roberts said before his club dropped the series opener at Petco Park.

“I would expect this series and even the series in Colorado, these are big series.