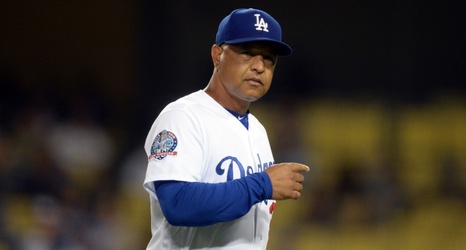 Since Los Angeles Dodgers president of baseball operations Andrew Friedman hired Dave Roberts as manager, the organization has been dogged by a perception of the front office setting daily lineups and dictating pitching changes.

This was a tweet sent by the analytics website FiveThirtyEight.com on the heels of Game 2 of the 2017 World Series. And, for better or worse, it sums up the general attitude of casual fans toward Roberts and Co.

Up Next: Max Muncy's leaping catch is the #3 MLB Play of the Day