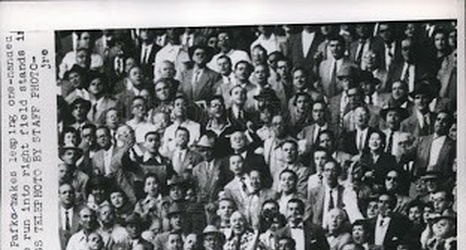 Check out this World Series action photo. Per the descriptor:

The run saving grab would help the Dodgers maintain a small lead in the early going, and prove to be an important catch as the Dodgers would eventually win the game in extra innings, 6-5. I think the best part of this photo, though, are the hundreds of fans who are seen peering in eager anticipation.