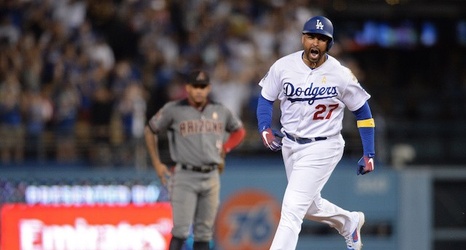 In light of Major League Baseball making every game from 2018 and 2019 available for free on MLB.TV, DodgerBlue.com has ranked the best streaming options for contests involving the Los Angeles Dodgers.

Coming in at No. 7 on the 2018 list was a memorable game against the Arizona Diamondbacks to kick off the month of September. With first place in the National League West on the line, the Dodgers found themselves trailing, 2-0, going into the bottom of the eighth.

Clayton Kershaw got the start on the mound and turned in a solid performance, although he left trailing after allowing two solo home runs to Eduardo Escobar and Christian Walker in seven innings.