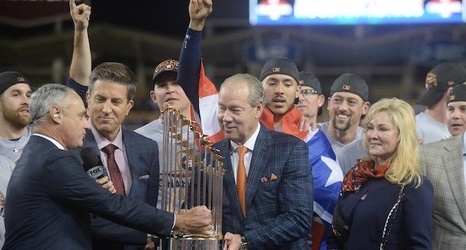 MLB concluded its two-month investigation of the Houston Astros, determining that the organization crossed a line by electronically stealing signs through the 2017 postseason.

The issue was first brought to light by former Astros pitcher Mike Fiers earlier this offseason, who revealed that a center field camera at Minute Maid Park had been installed to capture signs of opposing catchers.

With enough evidence being found to support this, MLB handed down some of the harshest penalties in the league’s history, suspending both general manager Jeff Luhnow and manager AJ Hinch for the entire 2020 season.