Alex Verdugo proving to be better than advertised 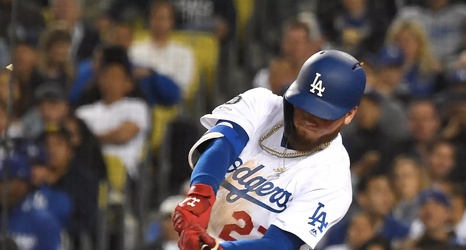 We all knew Alex Verdugo was kinda good. I ranked him as the top prospect in the organization coming into the season, as did David Hood (and a number of other prospect sites). But what he has done through his first, roughly, 100 plate appearances is impressive and he’s in uncharted territory for Dodger hitters of recent memory.

Most surprising has been his power. Verdugo has a .232 isolated slugging percentage (ISO), which is almost 60 points better than league average for this season.