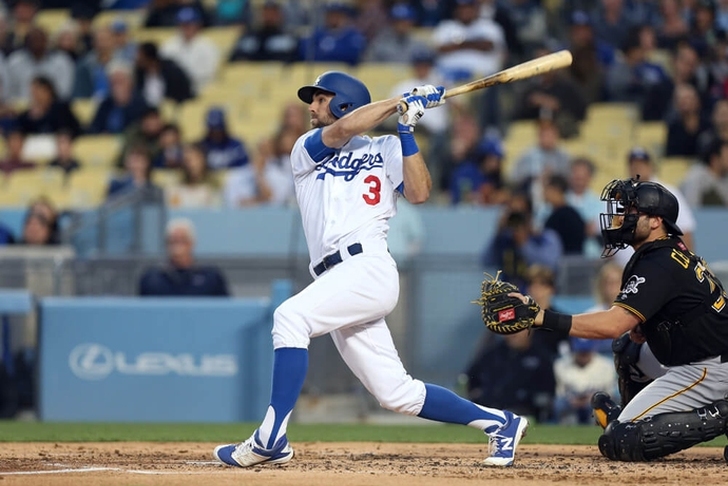 The Dodgers rumors swirling around at the moment revolves around the availability of Los Angeles Dodgers' shortstop Chris Taylor. On Wednesday Taylor was forced to leave the game early against the Chicago Cubs due to tightness in his left hamstring. The inning before Taylor left, he fouled a ball off his ankle, but reports indicate that he left due to tightness in his hamstring.

Missing the latest Dodgers news is like being a contact hitter that strikes out a lot. To make sure your baseball knowledge doesn't come from left field, download the Chat Sports Android App!

Taylor told reporters that he fully expects to play in the weekend series against the New York Mets. According to Dodgers beat reporter David Vassegh, Taylor doesn't anticipate his hamstring to force him to miss any of the games against the Mets.

The Dodgers are just being careful with their 27-year-old shortstop. With the Dodgers off on Thursday, it appears he has a decent shot on playing Friday.