Dodgers News: Kenta Maeda Will Be Used In Bullpen As Insurance Policy Before Returning To Rotation 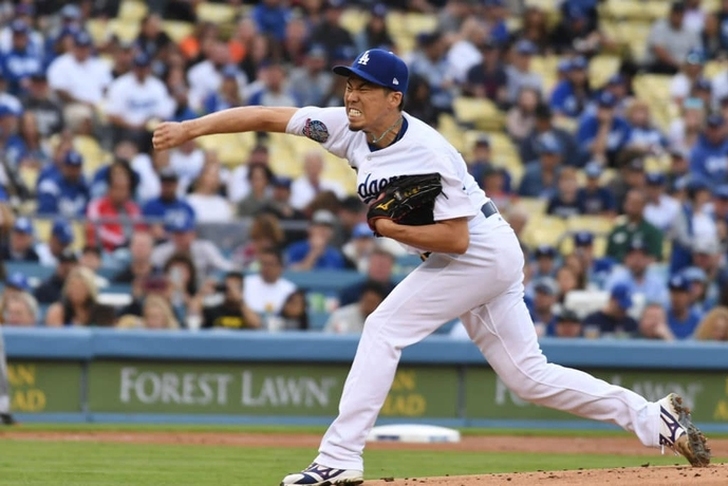 The Los Angeles Dodgers have a thin bullpen for Wednesday's series finale against the Arizona Diamondbacks following a 15-inning marathon on Monday and Josh Fields going on paternity leave.

As such, the Dodgers are moving starter Kenta Maeda to the bullpen for tonight's game as an insurance policy, according to Andy McCollough of the Los Angeles Times.

Kenta Maeda will be in the bullpen today as an insurance policy, Dave Roberts said. Team has not decided a starter for Friday/Saturday.

Maeda's next scheduled start is Friday against the San Francisco Giants, but with inclement weather threatening to rain out that game, there's a chance he could get some extra rest should the game be postponed.

The 29-year-old struck out 10 and only allowed five hits in five innings in his only start of the year so far, a 5-0 win over the Giants.

Missing the latest Dodgers news is like being a contact hitter that strikes out a lot. To make sure your baseball knowledge doesn't come from left field, download the Chat Sports Android App!