The LA Clippers need to be extra cautious with Paul George 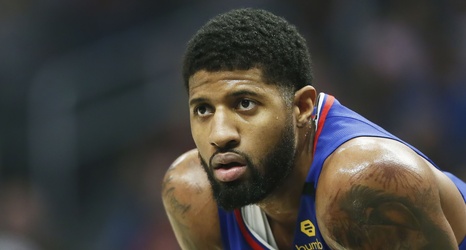 Prior to the LA Clippers’ 109-100 win over the Golden State Warriors on Friday night, Doc Rivers told reporters that Paul George would not travel with the team to Denver to face the Nuggets on Sunday.

The reason? A hamstring strain which seemingly worsened over the team’s four days off this week. George missed the game last Saturday versus the Memphis Grizzlies but was able to suit up and score 32 points versus the New York Knicks on Sunday.

The injury was listed at the time as hamstring tightness, but it appears the team either weren’t fully aware of the extent of the injury or it got worse after Sunday.