The Clippers put the ‘bubble talk’ behind them 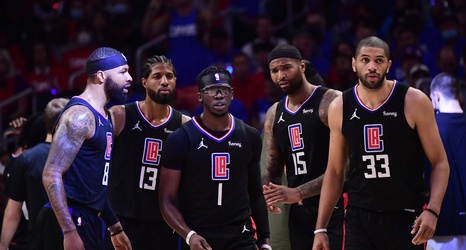 With 16 minutes left in their season, the Clippers were reeling. The Suns were blazing past them, be it in transition and in the half court, building a 17-point lead as they eyed their first trip to the NBA Finals since 1993.

It would have been an easy moment to pack it in, to let the inevitable happen. But doing that wouldn’t have been true to this particular Clippers team.

Their season on the line, the Clippers threw out a lineup of Reggie Jackson, Paul George, Nic Batum, Marcus Morris Sr., and DeMarcus Cousins — a five-man grouping that no one thought would decide the fate of this season because they had never played together.