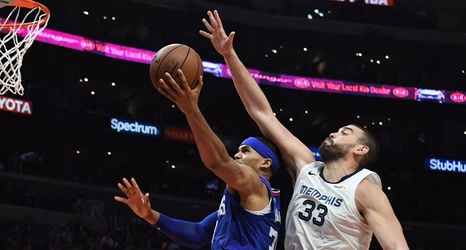 When the Clippers and the Grizzlies used to meet in the playoffs back in the early 2010s, it was a clash of Lob City versus Grit ‘n Grind, L.A.’s superstars against Memphis’ blue-collar hustle.

Half a decade later, as the Clippers try to embrace a starless identity, they look more and more like the Grizzlies, right down to their 12-6 records atop the Western Conference.

Stylistically, there is still a stark contrast, as Memphis hangs its hat on defense and LA boasts one of the best offenses in the league. But the Clippers have become more resilient and feistier than their Lob City counterparts could have ever imagined, relying on the sum of their parts being greater than the whole to pull out one victory after another against the top teams in the league.