The case for Kyrie Irving on the Clippers 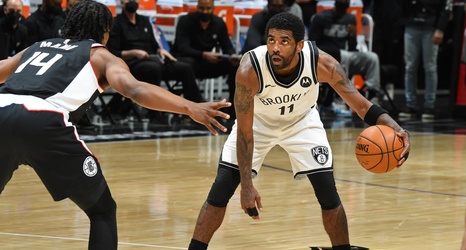 A report from The Athletic’s Shams Charania on Monday, stating that Kyrie Irving and the Brooklyn Nets are at an impasse regarding contract negotiations for next year, has brought NBA Twitter to a frenzy. Among the names being floated around as potential suitors for the multi-time All-Star? The Los Angeles Clippers.

In this mini-series, Clips Nation will take a look at why the Clippers should or shouldn’t pursue Kyrie Irving, should he become available. First up, here’s three reasons why Los Angeles could benefit from the acquisition: