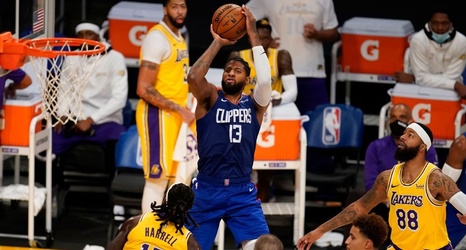 A 22-point lead had shrunk to one and the LA Clippers could feel the Los Angeles Lakers coming for them on championship ring night.

The Clippers could've felt déjà vu as they were on the verge of blowing another massive lead. But Paul George made sure the Clippers didn't suffer a bubble relapse and yet another epic collapse.

A red-hot George buried 10 of 12 shots, including four 3-pointers, and scored 26 of his 33 points in the second half to open the Ty Lue era with a 116-109 victory to dampen the Lakers' celebration.