Paul George is the Western Conference player of the week 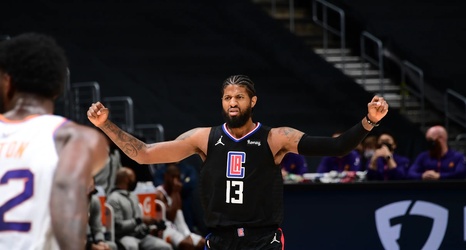 Paul George has been on a roll lately, and that hasn’t gone unnoticed around the NBA.

The LA Clippers star was named NBA Player of the Week for the Western Conference on Monday, as the team swept to a perfect record on the week and with George starring in three of the victories.

George averaged 33.7 points per game, going above 30 points in each contest, while also 5.7 assists and shooting a blistering 60.9 percent from 3-point range, taking at least seven 3-point attempts per game in the process.

George’s PotW honors are his first of the season, and ninth in his NBA career to date, per Shane Young.