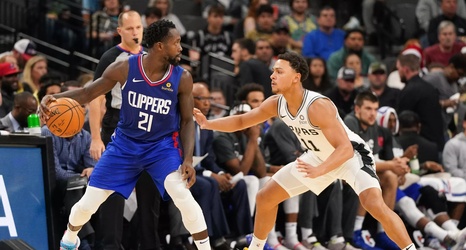 In an 82-game campaign, there are some nights where the best thing you can do is shake your head and move on.

Tonight was one of those nights for the Clippers, as the 7-13 San Antonio Spurs ran away to a 107-97 victory at home while the visitors from Los Angeles struggled, shooting just 39.1% from the field. The two teams were mutually lethargic in the first half, with lots of sloppy play and missed rotations culminating in a 53-53 tie at halftime.

But the Spurs would find a spark before the Clippers did, blitzing the Clippers 29-18 in the third quarter behind five three-pointers, three of which came from Derrick White.