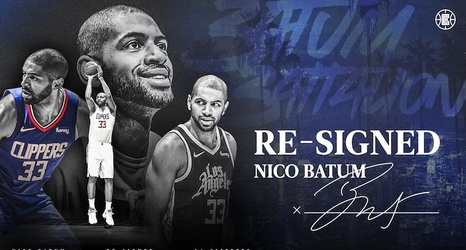 The LA Clippers have re-signed free agent Nicolas Batum, it was announced today by president of basketball operations Lawrence Frank. Per team policy, terms of the agreement were not released.

“Nico is a terrific player, a selfless teammate and a consummate professional, who lifts us in a lot of different ways,” Frank said. “He fit in perfectly from the beginning, and we’re grateful he’s chosen to return.”

Batum, 32, appeared in 67 games for the Clippers last season. The versatile veteran averaged 8.1 points, 4.7 rebounds, and 2.2 assists while shooting 40.4 percent. During the Clippers run to the 2021 Western Conference Finals, Batum averaged 8.