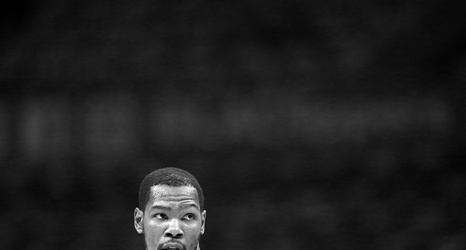 Kevin Durant took to Twitter on Tuesday to answer questions from fans in a more civilized manner than he usually does. Through The Boardroom account, Durant fielded questions including one that asked who the top-five hardest players to guard in the NBA are. Durant’s list included three LA Clippers: Kawhi Leonard, Paul George, and Lou Williams.

The other two players on his list were LeBron James and Joel Embiid. Those two make sense, right? LeBron is nearly impossible for anyone to guard and is top one or two all-time depending on who you ask.