Kawhi Leonard 2 for 11 vs. Raptors but Clippers pull out win 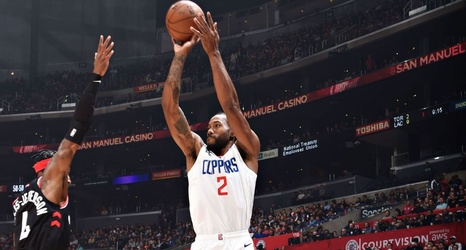 LOS ANGELES -- Before facing his old team for the first time since winning the championship, Kawhi Leonard ran into some of his former Toronto Raptors teammates and team staff members.

"Hey, hey, hey," Leonard said with a smile to one Raptor, echoing the phrase that went viral on opening night when he started to deliver a message to fans before that game.

Once they were on the court, the Raptors reminded Leonard just how pesky they can be, trapping him often at halfcourt and harassing their former Finals MVP into his worst game of the season.