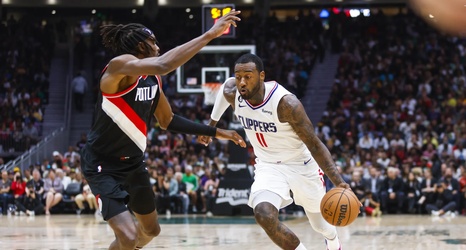 Los Angeles Clippers head coach Ty Lue has left the starting point guard position up for grabs, with John Wall set to start the team’s next preseason game against the Minnesota Timberwolves.

Reggie Jackson was given the starting role during the win over the Blazers, while Wall came off the bench for his first appearance on an NBA floor since April 2021, but it appears the two will continue to scrap it out for the foreseeable future.

Ty Lue says John Wall will start the next preseason game to give him a look with the starters, as well.