Jerome Robinson Has Improved, But Needs to Hit Shots to Remain in the Clippers Rotation 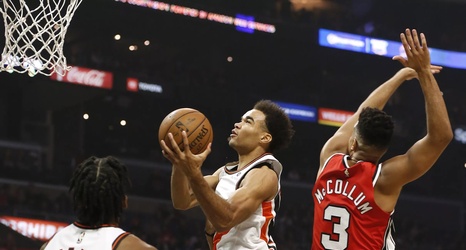 Despite being a lottery pick of the Clippers in the stacked 2018 NBA Draft, Jerome Robinson hasn’t received much publicity. From the start, he was overshadowed by fellow lottery pick Shai Gilgeous-Alexander, selected just two spots ahead of Robinson, but displaying much more immediate NBA skills and abilities. SGA went on to dazzle during his rookie season, demonstrating the potential for stardom while assisting the Clippers in their hunt for the playoffs. Robinson, meanwhile, languished on the bench, playing a mere 320 minutes throughout the season and rarely getting a chance to play outside of garbage time.