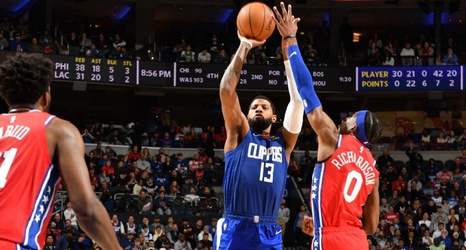 PHILADELPHIA -- While Joel Embiid and the Philadelphia home crowd have had their moments, Paul George felt the Sixers had a big home-court advantage on Tuesday night.

After the LA Clippers lost 110-103 to the Sixers, George pointed toward what he felt was "some home-court cooking" for Embiid and the Sixers.

"I thought we played well, we lost by seven," George said after the game. "There was some home-court cooking tonight to say the least."

George pointed toward the Clippers being whistled for eight more personal fouls than the Sixers were.