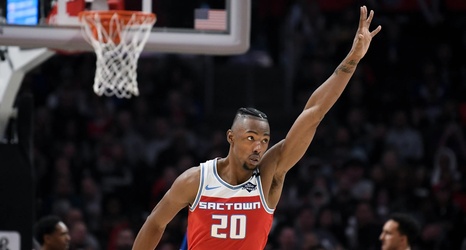 The Clippers have reportedly added a 17th player to their training camp roster: Harry Giles III. Per Shams Charania, Giles is signing a non-guaranteed deal with the team.

Free agent C/F Harry Giles is signing a non-guaranteed deal with the Los Angeles Clippers, sources tell @TheAthletic @Stadium. Giles was the No. 20 pick in 2017 Draft and played for Portland last season.

Without DeMarcus Cousins or Patrick Patterson — both of whom remain free agents — the Clippers were in need of some big man depth behind Ivica Zubac and Serge Ibaka, each of whom had injuries that knocked them out of the end of the postseason.