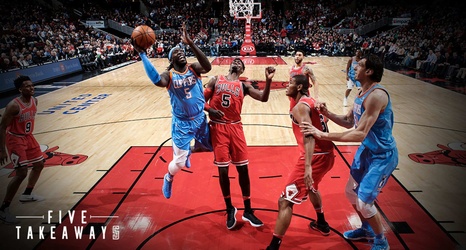 Here are five quick takeaways from the Clippers win.

Jordan had a highly productive opening quarter, scoring 10 points, securing 8 boards, and also assisting two baskets. LA has won five straight games in which Jordan has scored at least 8 in the first quarter, dating back to early February. Jordan continued his proficiency into the second quarter, ending the first half with a double-double in 18 minutes, totaling 14 points, 10 rebounds, and 4 assists, the first time in his career that he’s reached those numbers in any half.