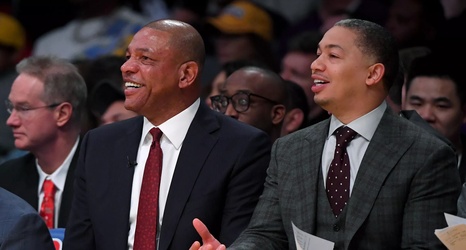 The two first connected in Orlando in 2003, when Lue played for Rivers for 11 games before the coach was fired. That created a lasting relationship, and when Lue went into coaching in 2011 after retirement, Rivers had a spot for him on his staff.

“Doc has been my mentor since I’ve been in the league and coaching, and he gave me my first opportunity, so without Doc, I wouldn’t be in this position today,” Lue said at his introductory press conference.

The pair stayed together for two years with the Celtics and made the move together to Los Angeles in 2013.