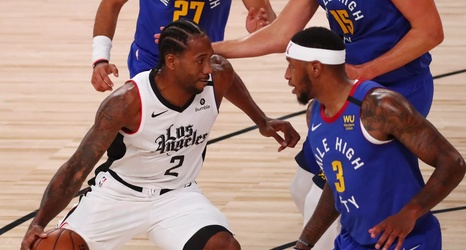 And then there were eight.

The first round of the playoffs is finally over, and the Clippers will get the second started for the Western Conference as they take on the Denver Nuggets tonight. This is the second time in franchise history that the two teams have met in the postseason, and the Clippers would be delighted if this series ends the same way as the last one back in 2006.

LA needed six games to defeat Dallas, while the Nuggets are coming off of arguably the most entertaining series of the first round, a seven-game romp against the Jazz that was replete with offensive fireworks and featured a genuine star turn from 23-year-old Jamal Murray.