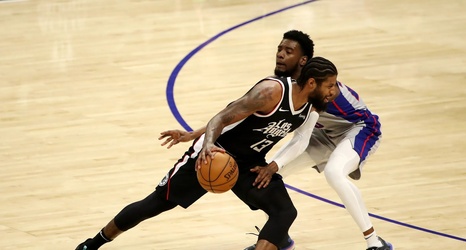 Reggie Jackson and Luke Kennard both had revenge games against the Detroit Pistons Sunday, the first time they were playing their former team since moving to the Clippers.

But it was a third former Piston who brought the fireworks, Marcus Morris Sr. Morris had 11 points in the first and 13 in the third quarter, ending with 33 overall, ably filling the second scorer role and actually leading the team with Kawhi Leonard out. The Clippers mostly only focused on the offensive end, but it was good enough against the team with the worst record in the Eastern Conference, as they won 131-124.