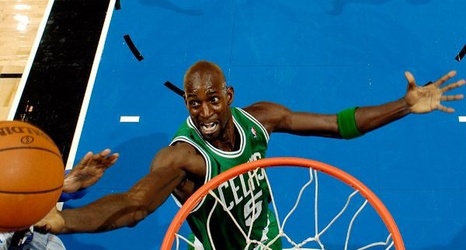 BOSTON -- The Boston Celtics played a surprise video during the first quarter against the LA Clippers on Thursday night, previewing Kevin Garnett's No. 5 jersey joining the team's retired numbers in the rafters at TD Garden.

A nearly two-minute video of Garnett highlights -- set to the rap song "I Got 5 on It" by Luniz -- played out of the blue. Toward the end, the video showed a banner with the message "COMING 2020-21 SEASON" followed by Garnett's No. 5 in a banner and then a shot showing the 23 retired Celtics numbers on the banners hanging at the top of the Garden.