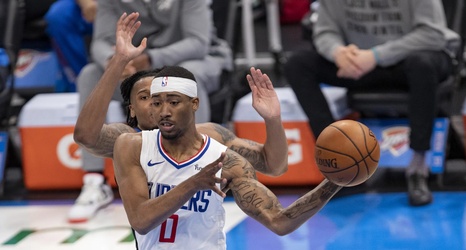 Welcome to our annual Clippers season in review series. Every day until the end of July, we’ll be taking a look back at the players who ended the season with the Clippers (apologies to Malik Fitts and Mfiondu Kabengele). Today, we start with Jay Scrubb.

The Clippers drafted Jay Scrubb with the 55th pick in the 2020 NBA Draft after he played two seasons at John A. Logan and won the 2020 junior college player of the year award. The team signed him to a two-year, two-way contract after the draft, knowing that he would undergo left foot surgery and be out for at least six months.