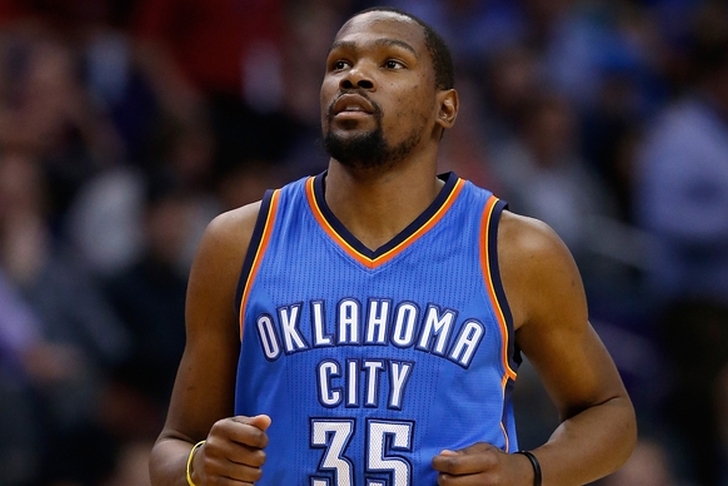 Renounce The Cap Holds Of All Free Agents
The Clippers have Jeff Green, Jamal Crawford, Austin Rivers, Cole Aldrich, Jeff Ayres, Wesley Johnson, Luc Mbah a Moute and Pablo Prigioni as free agents this offseason. The Clippers would need to dump the cap hold for each player. Green and Crawford are the most expensive, at nearly $14 and $11 million respectively. Rivers isn't cheap either, at $4 million. They could also dump Branden Dawson's non-guaranteed $874,636 salary. In total, these moves save the Clippers roughly $34 million.

Trade J.J. Redick
Trading Redick gets his roughly $7 million cap hit off the books, although he'd need to go to a team that has the cap space to afford him. That, coupled with the previous moves, gives the Clippers about $42 million in cap space.

Convince Durant To Take Less Than The Max
If the Clippers aren't going to trade Griffin, they'll need to convince Durant to take about $20 million (or so) to be the final member of the Big Four. Paul Pierce could retire and free up another few million, but that's not a sure thing. For Durant to join the Clippers, he'll have to take less than the max.

This would totally gut the Clippers' roster and leave them in need of a new shooting guard. To fill out the rest of the roster, the Clippers would be left with the $2.9 million mid-level exception and the veteran minimum.