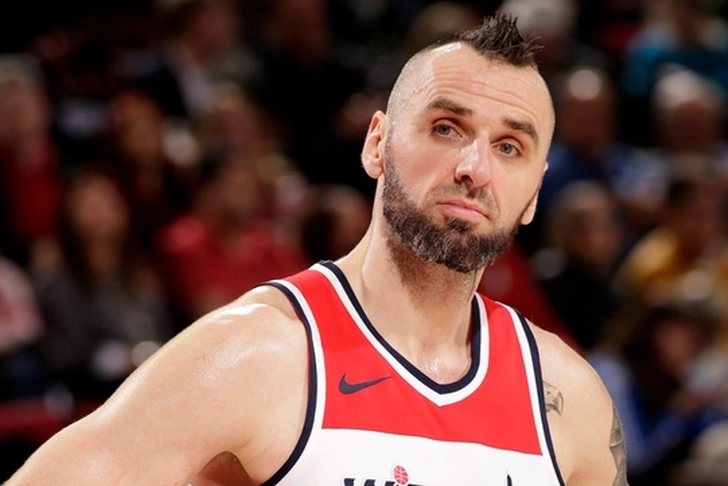 The LA Clippers have traded head coach Doc Rivers' son Austin Rivers to the Washington Wizards in exchange for center Marcin Gortat, according to NBA insider Adrian Wojnarowski on Twitter (also known as a #WojBomb).

On January 16, 2015 Rivers made his debut for the Clippers and became the first son to play for his father in an NBA game.

The elder Rivers was stripped of his personnel role last summer with Lawrence Frank (VP-Bball Ops) and Michael Winger (GM - formerly Thunder Asst GM) taking over. Some may speculate that this trade signals a rift between the new Clippers upper management and the Clippers head coach.

Rivers just completed his 7th NBA season and has averaged 9.4 ppg and 2.4 apg in his career. He recently opted into his $12.6 million contract for the 18-19 season.

Clippers star big man DeAndre Jordan could leave the Clippers, either by opting out to enter unrestricted free agency or opting in to facilitate a trade. If Jordan is not with the team next season, the Clippers will be prepared now with Gortat on the roster

Gortat and Wizards teammate John Wall were rumored for a long time to not get along and didn't have a desire to remain teammates any longer.

Gortat has played in the NBA for 12 seasons and has one year remaining on his deal at $13.6 million. His career averages are 10.2ppg and 8.2 rpg.