TE Antonio Gates Rumored To Be Returning To Chargers 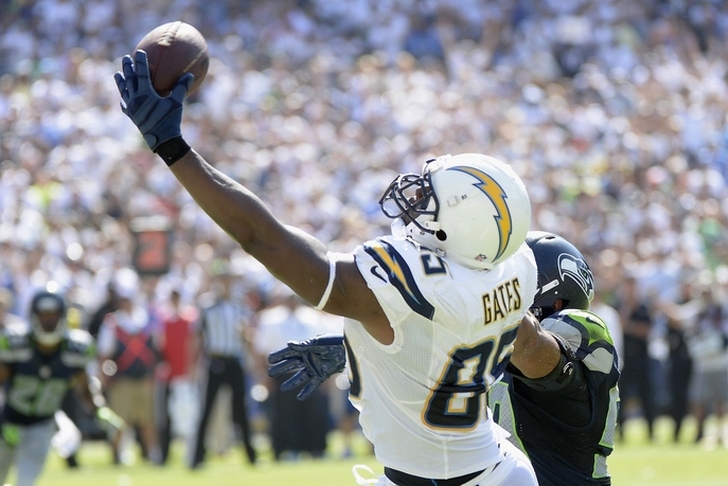 San Diego Chargers tight end Antonio Gates has played his entire 13-year career with the Bolts, and it doesn't appear that he'll be leaving the team in free agency this offseason.

Per Michael Gehlken of the San Diego Union-Tribune, "an air of formality surrounds" negotiations on a new contract with the Chargers. Gehlken adds that Chargers officials are scheduled to meet with Gates' representation at next week's NFL Scouting Combine, with a deal likely to be hammered out in Indianapolis.

Gates, 35, was limited to just 11 games last season due to injury. However, he still finished with 56 catches for 630 yards and five touchdowns, pacing the Chargers when it came to tight-end production. His 104 career touchdowns stand as just one of his multiple receiving records with the franchise.