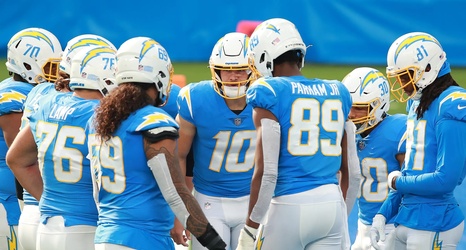 On Friday morning, the fine folks over at William Hill Sports Book released their opening projections for each team’s win totals for the 2021 season. For the Chargers, their over/under is set at nine wins, a two-point improvement from their final record in 2020.

The team with the highest opening win projection is, unsurprisingly, the Chiefs at 12. They’re followed by the reigning Super Bowl champion Buccaneers at 11.5 and then the Packers and Ravens round out the top-three at 11 wins.

Your lowest projections come from the Lions and Texans, both of whom are expected to finish around five wins.