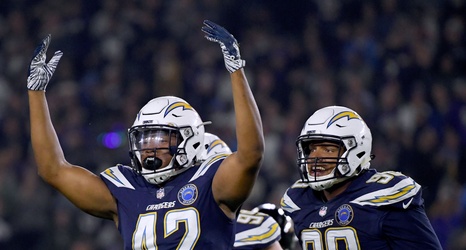 The Chargers have pulled most of their starters from preseason action, but one projected first-string defender, outside linebacker Uchenna Nwosu, has been given significant playing time. And if his recent snaps are any indication of what is to come this season, the Chargers should be fired up.

Though Nwosu is receiving quite a bit of attention thus far, no one should be surprised; after all, he did dominate the preseason just last year, where the rookie picked up a sack in three separate games.

It was a surprise to see such a talented second-round selection who splashed in the preseason play only 25.