Training Camp Position Battles: Will the Chargers lean into their speed? 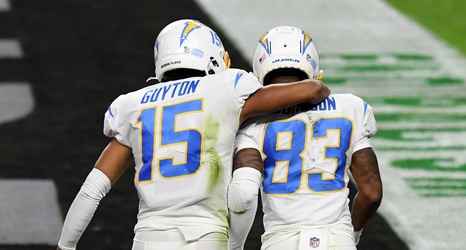 Over the past few seasons, the Chargers’ wide receiver room has been Keenan Allen, Mike Williams, and then everyone else. Within the past two drafts, the Chargers have attempted to find that solidified third wheel to their wideout group by drafting Joe Reed and K.J. Hill last year and then adding one more body in Josh Palmer during this year’s event.

The two receivers the team drafted in 2020 are all of a sudden heading towards “afterthought” territory after two completely separate wideouts — Jalen Guyton and Tyron Johnson — broke out for the team. Since Palmer is a rookie, we can’t jump to any conclusions, but the chances of him making an early impact are fairly good since he seems to be a much more complete receiver compared to Reed and Hill who both came into the league with questions about their readiness out of the gate.