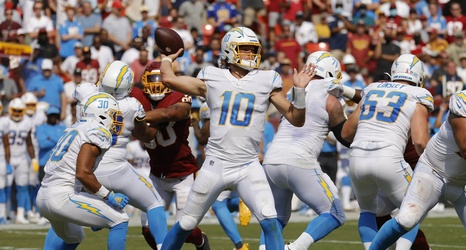 I usually take the time to talk about these on my Twitter each week, but I thought throwing them into a post on here would also be convenient for those who are able to stay away from the bird app. (Apologies for being so late in the week!)

The Chargers were joined by the Rams as the only two teams in the NFL from week one to finish with a top-5 overall offensive and defensive game grade. You want to talk about high-level play all across the board, the Bolts did just that in a game I felt was much more lopsided than the final score depicted.