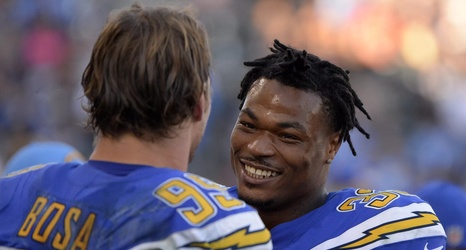 The Athletic’s Sheil Kapadia posted his rankings of all 32 NFL defenses headed into the 2020 season and he has the Los Angeles Chargers ranked second. Second!

For the most part I think rankings have to be discarded as nothing more than throwaway, recyclable filler (that I happily partake in myself) and ultimately don’t carry any weight into the real world, but I have to an extend to “Way to go” to Kapadia for taking a stance that was probably not going to be popular.

Imagine fans of the Steelers (3rd), 49ers (6th), or Patriots (9th) having to reconcile how the defense ranked 14th in points allowed and 21st in DVOA (20th vs the pass, 25th against the run) last season ends up being ranked higher than every team but the Baltimore Ravens.