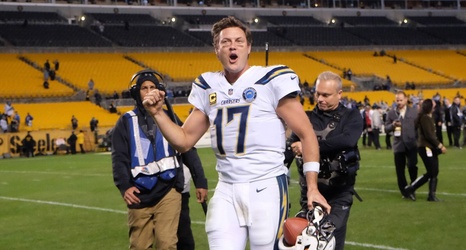 The Chargers and Philip Rivers announced that they mutually parted ways on Monday. Despite reports in previous weeks that this was coming, including Rivers announcing his move to Florida, part of me still wanted to hold out hope that it would change.

Rivers is a huge part of why I became a Chargers fan back in 2005. His play along with that of LaDanian Tomlinson and Antonio Gates was an absolute treat to watch. Rivers is also a reason that many remained Chargers fans through troubling times. Whether it was a bad season, the move to Los Angeles, or a heartbreaking loss, he was there, trying his absolute hardest:

When I saw that clip scrolling through my twitter feed back in December, it was what finally broke me into tears.