Rams serve as cautionary tale for Chargers being aggressive 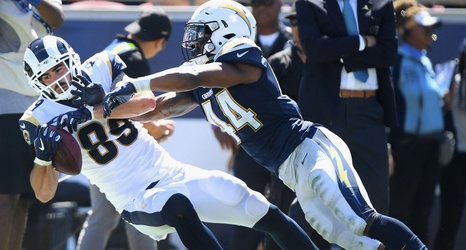 Chargers fans were hoping the organization would make a big move prior the trade deadline, but Tom Telesco stayed put and hoped the members of his roster would step up and push the team to the playoffs.

That decision may have cost the team this season; however, it does give them freedom in the future.

Pretend the Chargers sent their two first-round selections in the next two drafts for Jalen Ramsey. Does the outcome of any of their games following the trade deadline change? Maybe, but unlikely. The defense just held the Chiefs to two legitimate touchdown drives, stymieing Patrick Mahomes the entire way.