Past trades that could impact Melvin Gordon’s future 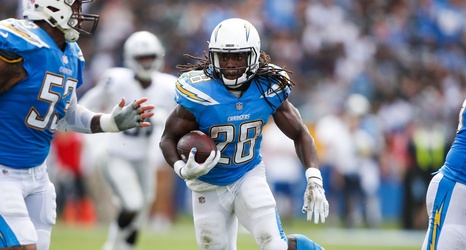 After a poor rookie season, Melvin Gordon has blossomed into a star running back with the Los Angeles Chargers. It seems he is not content with playing out the last year of his rookie deal and then working on a contract extension with the team after the upcoming season.

Los Angeles running back Melvin Gordon has informed the Chargers that unless he receives a new contract, he will not report to training camp and he will demand a trade, his agent Fletcher Smith told ESPN.

Instead, he is hoping to come to terms with an extension now, rather than play under his fifth-year option or a future franchise tag.