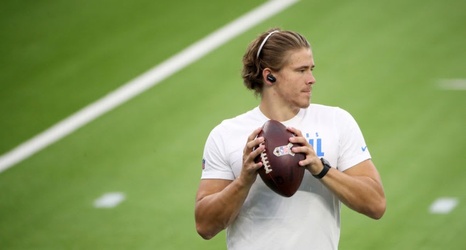 INGLEWOOD, CALIFORNIA - OCTOBER 25: Quarterback Justin Herbert #10 of the Los Angeles Chargers warms up before taking on the Jacksonville Jaguars at SoFi Stadium on October 25, 2020 in Inglewood, California. (Photo by Katelyn Mulcahy/Getty Images)

Justin Herbert recorded his first-career win with the LA Chargers in Week 7 against the Jacksonville Jaguars.

The LA Chargers are finally back in the win column. After four brutal losses that seemingly got more and more disappointing by the week, Justin Herbert was able to put together a masterful performance and lead the Chargers to a 39-29 victory.