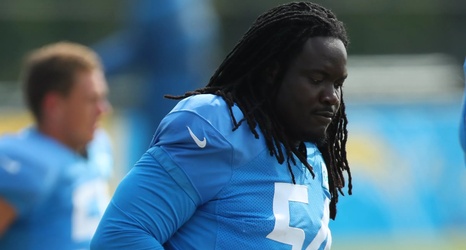 Prior to tomorrow’s contest against the Panthers, the Chargers have made a handful of roster transactions, including placing defensive end Melvin Ingram and defensive tackle Justin Jones on IR, along with linebacker Asmar Bilal. They’ll all be able to return in three weeks.

In a corresponding move, the Bolts promoted offensive guard Ryan Groy, linebacker Malik Jefferson, and defensive end Jessie Lemonier to the active roster. Newly re-signed safety Jahleel Addae and 2020 UDFA running back Darius Bradwell were also activated from the practice squad as the 54th and 55th players who will be suiting up for tomorrow’s game.