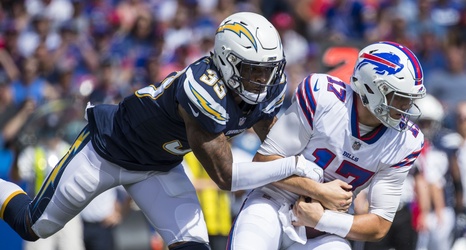 Fans and players around the NFL are with Derwin James on this one; after all, how could a player named to the First-Team Pro-Bowl roster and selected as a First-Team All-Pro and Second-Team All-Pro for two different positions be given a tackling rating of 77?

105 combined tackles isn’t good enough for Madden, apparently. Is it because these tackles were made after a ball carrier had gained five yards already? No chance:

The 86 overall rating isn’t too much of a shock, as although the number itself does not represent how elite of a player James became in just one season, Madden tends to not give players a massive jump in rating after just one rookie year.