Los Angeles Chargers injuries: It could be much, much worse 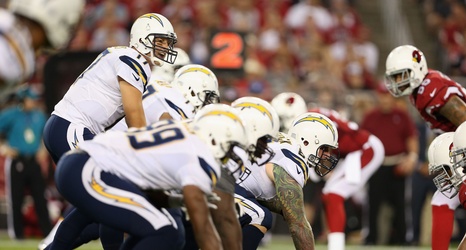 The Chargers have a number of notable injuries so far, particularly the loss of both Russell Okung and Derwin James for an extended period of time. Fans bemoan the absence of some of the team’s key players, and rightfully so; however, it could be worse.

2014 saw the San Diego Chargers beat down the defending Super Bowl champion Seattle Seahawks at home, as well as the greatest comeback in team history in San Francisco. It also saw some of the worst injury luck fans have ever seen the Chargers have, with a number of high-profile starters going down nearly every week.