LA Chargers: Why running back could be a big issue for the Bolts 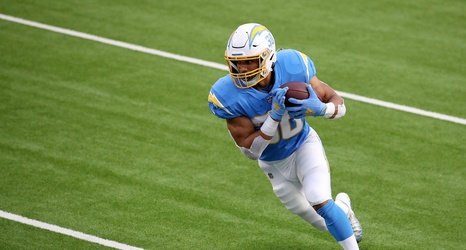 INGLEWOOD, CALIFORNIA - SEPTEMBER 27: Austin Ekeler #30 of the Los Angeles Chargers eludes Marquis Haynes #98 of the Carolina Panthers on a rushing play during the first half of a game at SoFi Stadium on September 27, 2020 in Inglewood, California. (Photo by Sean M. Haffey/Getty Images)