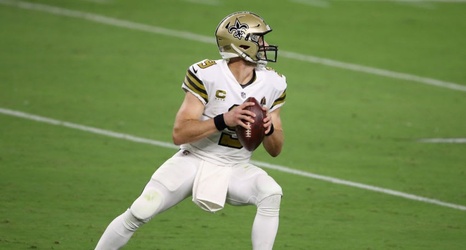 LAS VEGAS, NEVADA - SEPTEMBER 21: Quarterback Drew Brees #9 of the New Orleans Saints drops back to pass during the NFL game against the Las Vegas Raiders at Allegiant Stadium on September 21, 2020 in Las Vegas, Nevada. The Raiders defeated the Saints 34-24. (Photo by Christian Petersen/Getty Images)

The LA Chargers have their first primetime game of the season as they are taking on Drew Brees and the New Orleans Saints on Monday Night Football.