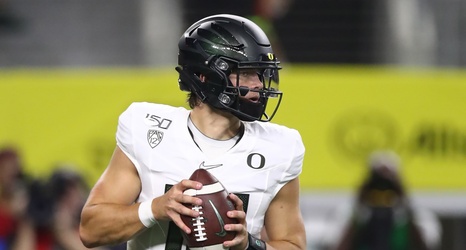 After months of speculation and anticipation, the first round of the 2020 Draft has finally concluded. After tireless amounts of mock drafts and scenarios, the LA Chargers selected Justin Herbert, quarterback from Oregon, with the sixth overall pick.

So obviously, as they have now selected the future of the franchise at the quarterback position, everyone might want to know a little bit more about this man.

Born and raised in Eugene Oregon, Herbert had always been a fan of the Oregon Ducks, as his grandfather had attended school there and played wide receiver, as well as he had grown up only 10 minutes away from the stadium.