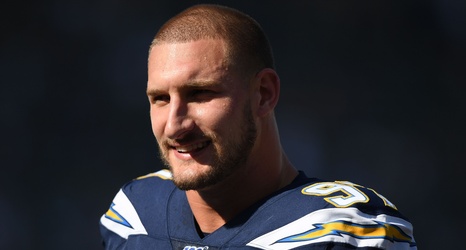 Technically, Joey Bosa was eligible for an extension in 2019, but it was unlikely the Chargers were going to extend him last year after picking up his fifth-year option. The elite defensive end is in need of a contract extension this year from the team though, as potential free agency looms in 2021 if not signed to another contract.

There’s no reason to question Bosa’s production. He’s been playing like a monster on the end his whole career. Winner of the Defensive Rookie of the Year in 2016, in addition to two Pro Bowl nominations, he’s been a difference-maker his whole career.