LA Chargers: 3 most disappointing players from loss to Buccaneers 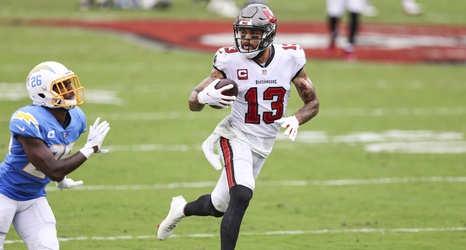 TAMPA, FLORIDA - OCTOBER 04: Mike Evans #13 of the Tampa Bay Buccaneers runs for yardage after a catch against Casey Hayward #26 of the Los Angeles Chargers during the fourth quarter of a game at Raymond James Stadium on October 04, 2020 in Tampa, Florida. (Photo by James Gilbert/Getty Images)

The LA Chargers lost a shootout in Week 4 to the Tampa Bay Buccaneers.

The LA Chargers moved to 1-3 on the season with the third-straight disappointing loss on the season. While the Bolts were touchdown underdogs to the Bucs, they also held a 24-7 lead with the ball and the ball after halftime with less than a minute to go in the game.