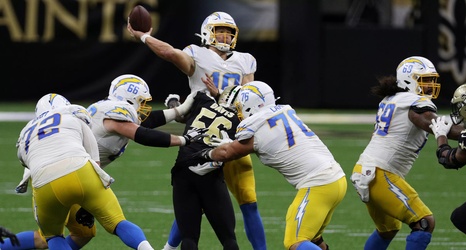 When it comes to Justin Herbert, I don’t want to get bogged down in the conversation of “best starts to a quarterback’s career” and comparing players who were separated by many years and in wildly different situations and circumstances. What’s easier to claim is that few, if any, quarterbacks have been robbed of a first win like Herbert has through four starts.

On Monday night, Herbert became the first quarterback to lose his first four starts when the Chargers lost to the Saints 30-27 in overtime. Herbert’s final stat line: