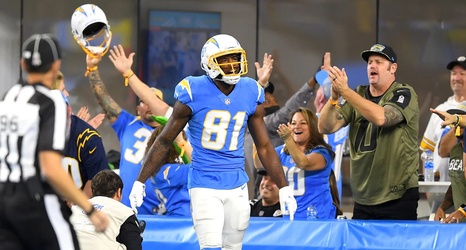 As long as Justin Herbert and Mike Williams on the field together in the fourth quarter, opponent’s can never feel safe with a lead.

After Sunday night’s heroics in which Herbert found a wide open Williams for a 53-yard game-winning touchdown, the duo has now combined for five go-ahead touchdowns in the fourth quarter this year. That’s the most by a quarterback-wide receiver duo in a single season in NFL history. Five times this year, Herbert has also led the Chargers to a game-winning drive in the final quarter, also the most in the NFL this season.